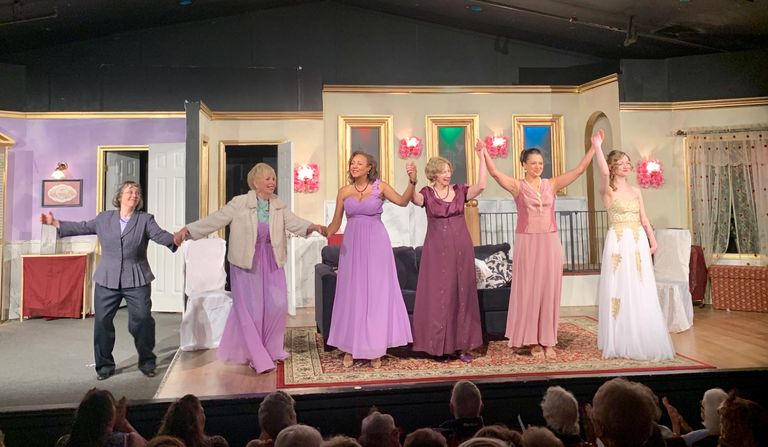 "Be shocking, be daring, be bold, be passionate.

Annette LaBonté is a Newport, RI native. Her debut performance was at the Newport Playhouse in June 2019, where she played the role of Sedalia Ellicott in Always A Bridesmaid, directed by Olivia M. Sahlin. Following Bridesmaid, she landed the role as Gabriella, the Italian air hostess in Boeing Boeing at the Newport Playhouse, directed by Daniel Lee White. Dance is her passion and she has performed in numerous dance projects, both live and video. Although her passion has focused primarily on dance, she is now intrigued by theatre and embracing the added extra dimension this brings to her artistic expression. When her schedule allows, she is also an art model at the Newport Art Museum/Newport, RI. Annette has also had the honor of modeling in shows for designers.

She has walked the runway for Earl Battle of Battle Designs, Barkisu Cole Veiga of BCV Designs and Amira Designs by Fatima Brooks.

Annette has acting experience both on stage and screen.  Please see her resumé for complete details of her experience and skills.

She is also available for voice over acting and hosting.

Women in Unity Video Project produced by Jackie Henderson. "We are women stepping out of our comfort zones and silence & shining in optimism and power. The dark days are gone, the bright days are here."

Women of all ages joined together through dance and personal story.

Do you have more questions? Are you interested in collaborating on a project? Send me a message, and I will get back to you as soon as I can.